The most complete training program in the region!

DCV PREP PG KIDS
Through a variety of partnerships, DC Vault provides training at 4 facilities in the Washington, DC metropolitan area. Each facility has been uniquely outfitted with a wide array of specialized equipment provided by the club, allowing for training targeted to athletes of all skill levels. 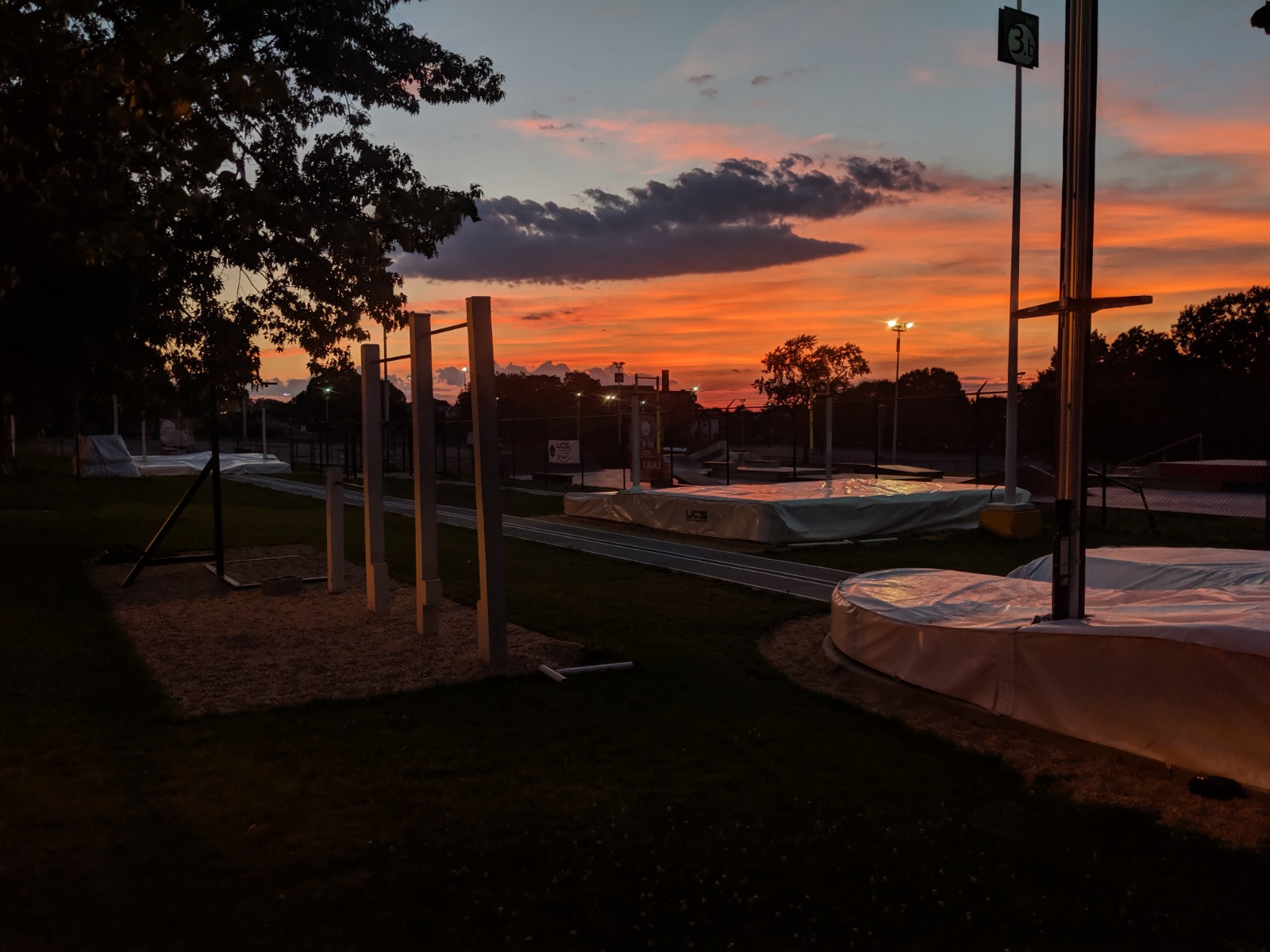 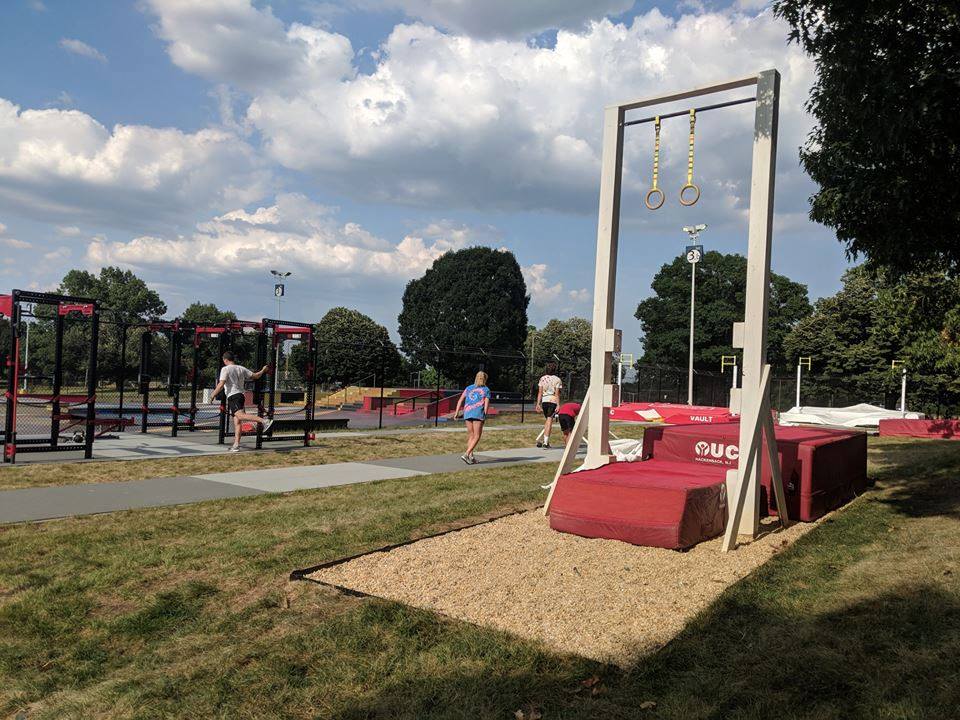 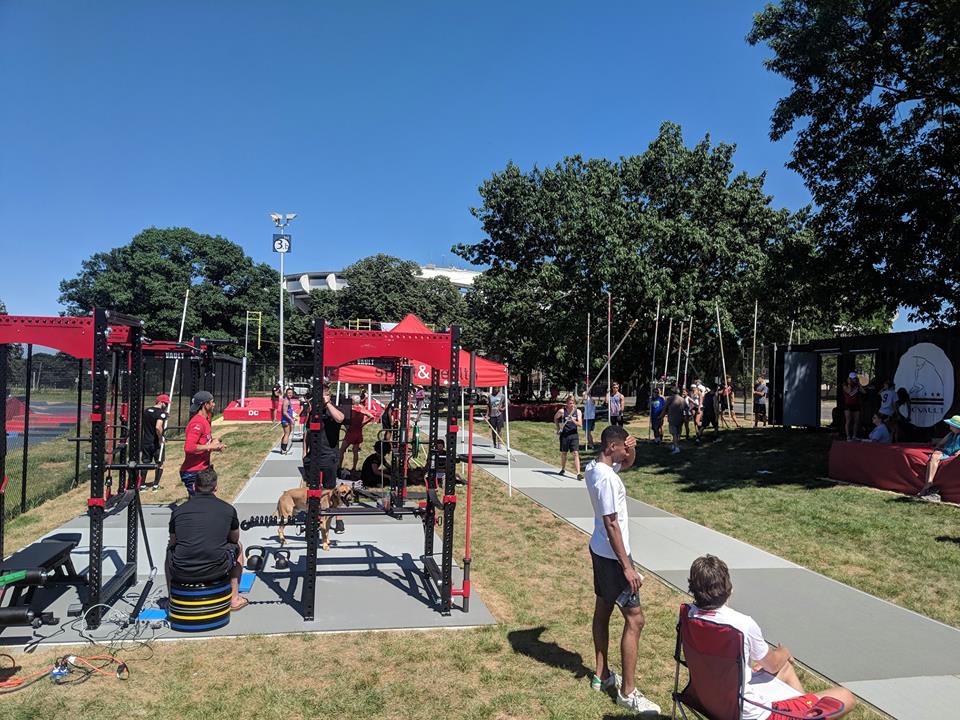 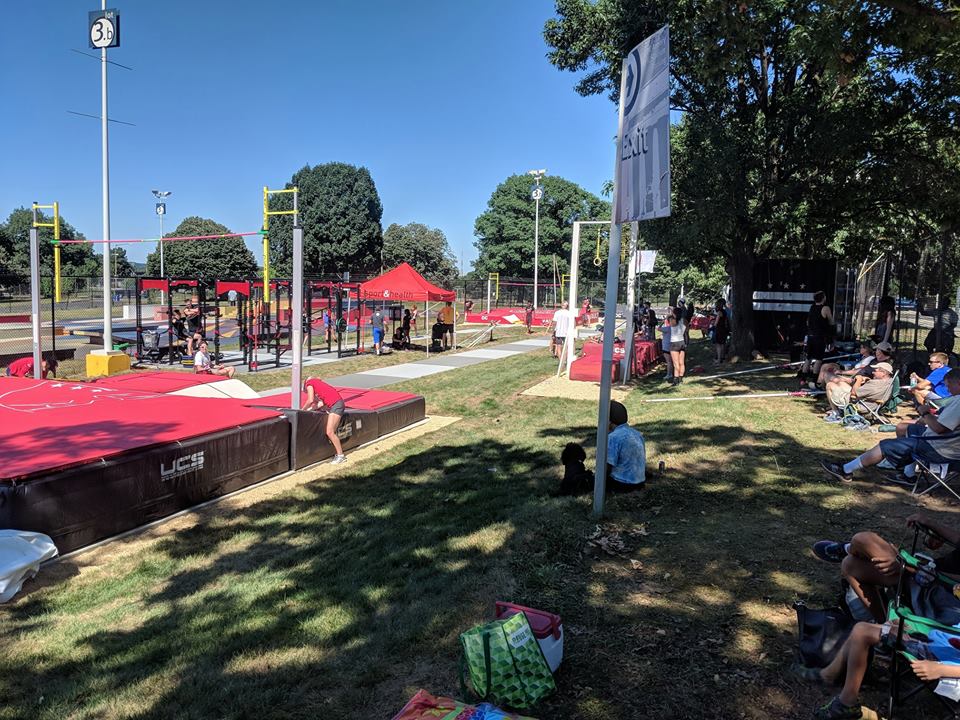 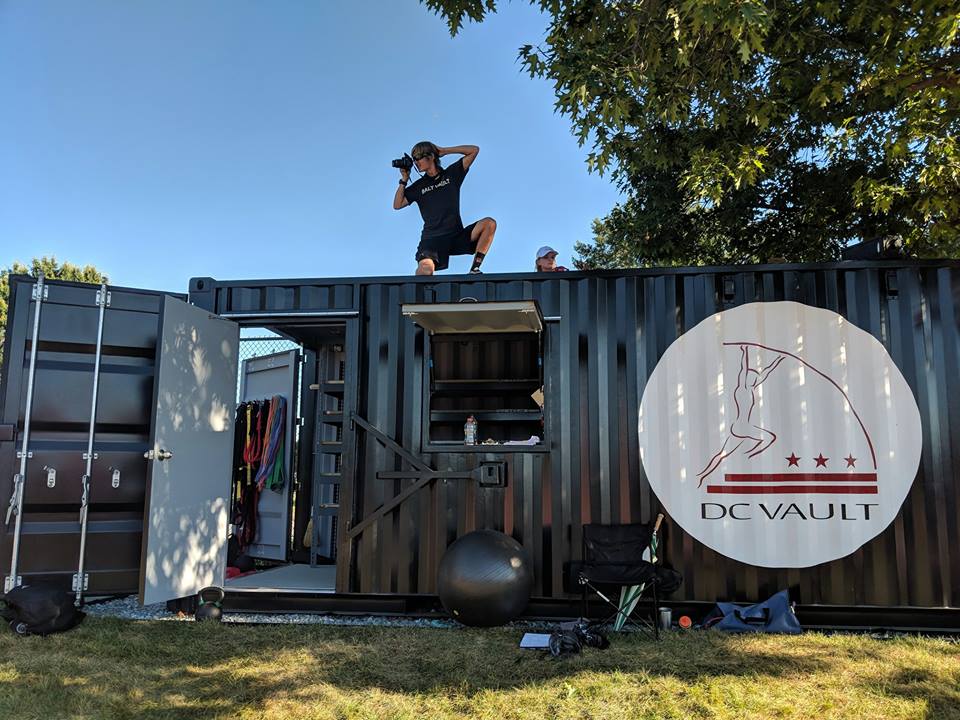 Coach Luthy's experience spans over 30 years as a pole vault coach. During that time he has instructed countless athletes at all levels of competition. Having developed his own training system with roots based in Russian pole vault programs, he believes that strict adherence to step by step technical progression provides each athlete with the greatest opportunity to obtain their maximum potential and perform consistently throughout their competitive career.

Primarily a self trained pole vaulter, he cleared a competitive PR of 17'1" (5.20m) before succumbing early on to an Achilles tendon injury. He competed on a full scholarship for Western Michigan University from 1999-2001, the All Army Track Team from 1993-1995 and earned varsity letters at 3 different high schools.

A few athletes who have trained extensively with or are still training under Coach Luthy, and the accomplishments they have achieved during their careers include:
Coaching Certifications Coaching Positions

Coach Ackerman has over 12 years of pole vaulting experience. Growing up in Pennsylvania, he competed in the pole vault for his high school track team, claiming multiple invitational championship titles and claiming his district championship title. Later, while attending Penn State University, he was responsible for building the Penn State Pole Vault Club team from 1 participant to a total of 10 members, whom he instructed. Simultaneously Coach Ackerman worked with high school pole vaulters at McDowell. In 2018 Coach Ackerman relocated to the DC area and joined DC Vault in order to continue his own training. Soon after arriving, coach Ackerman proved himself to be an invaluable member of the organization and today assists with instruction of beginners through emerging elite athletes, as well as a wide range of administrative tasks.

As the original DC Vault member, Lauren Rose has been an integral part of the organization since 2008, supporting DC Vault as a fiercely loyal athlete, an assistant coach and team administrative assistant. From behind the scenes, Lauren keeps DC Vault running by organizing events, keeping track of our coaching certifications and much more.

Coach Spiess began his vaulting career with DC Vault in 2014 as a sophomore in high school. After several County and Regional Championship titles, as well as one State Championships title, he emerged as a promising collegiate vaulter for the University of Maryland and a Volunteer Coach with DC Vault. Due to Coach Spiess's extensive knowledge of the inner workings of DC Vault - having worked his way through the organizations beginner, intermediate and emerging elite programs - he has the ability to single handedly instruct and lead athletes at a variety of levels.

Coach Tim joined the DC Vault Level I program as a high school sophomore in 2012. Progressing quickly, he was offered a Level III training slot with the DC Vault Emerging Elite group in 2014. Despite injury, he successfully claimed 3 Regional Championship titles, 1 County Championship title and took Gold at the Maryland 4A State Championships with a height of 13'6" in 2015.

Going on to attend the University of Maryland as a Computer Science major, Coach Tim continued his training in the DC Vault Emerging Elite program and began instructing Level I and II athletes in 2016. Since then, he has taken on increasingly complex coaching duties and become a core member of the DC Vault team.

Additionally, Coach Tim leads the Beginner/Intermediate Strength Training program and is the current webmaster for DCVault.com

Visit our events page to learn about all of our upcoming and past events.

Contact us at events@dcvault.org to register for upcoming events